Researchers at Wageningen University developed a sensor that is used to measure forces at a molecular level. The sensor is made up of a single molecule that serves as a measuring device, measuring nano-force. This sensor is more than 100 times more accurate than current sensors used to measure nano-forces on a molecular level. The current devices can barely measure the forces that are applied to molecules in cells because the forces are so tiny and the devices are too large. The research team used a combination of laser technology and chemical awareness to develop molecules that acts as a measuring device. Lasers are used to determine the amount of force by shining a laser on one molecule and reading the shade of light that returns. This new way of measuring nano-force may allow more awareness of the forces that are active in plant, animal, and human cells at a molecular level. Joris Sprakel, the leader of the research team, said, “If you understand the role of nano-forces in biological processes, in the long term it may be possible to prevent certain diseases due to errors in these cell forces.”


While doing some more research on this molecular sensor and other current sensors; I found a technique for measuring force that you guys might want to check out. 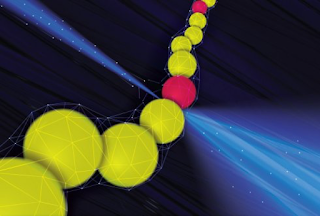