The Dutch Hunger Winter: Starvation and its Effect on Genes

In September 1944, allied forces failed and all trains coming into the Netherlands came to holt. The Nazis planned to punish the Dutch people by blocking all food supplies going into the Netherlands thus, plunging much of the country into famine. By the time Holland was liberated in May 1945, more than 20,000 people had died of starvation. Pregnant people who survived the famine were uniquely affected in that their children would be influenced by the famine for the rest of their lives. When these children became adults they were heavier than average and as they became middle-aged they had higher levels of triglycerides and LDL cholesterol. Conditions such as diabetes, schizophrenia, and obesity were common and they as reached old age it was found that their mortality increased by 10% once past the age of 68. 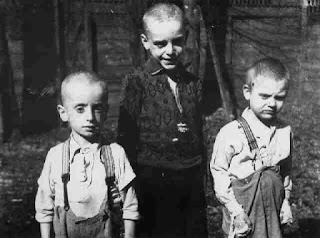 Dr. Heijmans, a geneticist and Dr. Lumey, an epidemiologist published a paper with a possible answer. Their study suggests that the Dutch Hunger Winter silenced certain genes in the unborn children and they've stayed quiet since. Certain genes are active in some cells and some are quiet and this is set since birth unless something acts upon them, for example a virus; the study of this gene control is called epigenetics. Researchers have found that silenced genes have a collection of methyl groups near by. The researcher speculate that these methyl groups are affected by prenatal conditions thus, can affect the activity of genes. As terrible as the Dutch Hunger Winter was there is a silver lining. This silver lining has allowed researchers to study a unique health outcome that may help us better understand gene silencing and how a pregnant person's environment can affect their unborn child.
https://www.nytimes.com/2018/01/31/science/dutch-famine-genes.html
https://www.verzetsmuseum.org/museum/en/tweede-wereldoorlog/kingdomofthenetherlands/thenetherlands/thenetherlands,june_1944_-_may_1945/the_hunger_winter
Posted by Unknown at 9:05 PM