A New Strategy to Understand Chronic Diseases Such as HIV 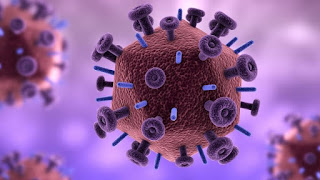 As stated in the article "Genetics of Both Virus and Patient Work Together to Influence the Course of HIV Infection", a patients genetics may impact disease progression by inducing mutations in the HIV genome.  Researchers from Switzerland are the first to investigate the relative impacts of human and viral genetics on the viral load within the same group of patients.  A patients viral load is basically how much HIV is in their blood. The researches were able to collect data of both patient and viral genes, and use linear mixed modeling to determine the differences between the viral load of the patients.
They discovered that HIV strain differences were explaining 29% of differences in viral load of the patients.  Also, they found that 8.4 percent was based on human genetic variation.  The director of study, Jacques Fellay, states that, "Our paper demonstrates that the genetic make-up of both the patient and the infecting virus contribute to the clinical course of HIV infection".  However, further research is needed for confirmation, and also how this strategy could be used to better understand other chronic infectious diseases.
As we have learned in class about genetic variation, I know that it usually has an impact on what types of diseases people end up with in a natural state, as well as their ability to retrieve an infection.  I think this article describes an interesting stepping stone towards really understanding diseases we still have questions about.  I most definitely think this strategy should be used by geneticists on other chronic diseases.