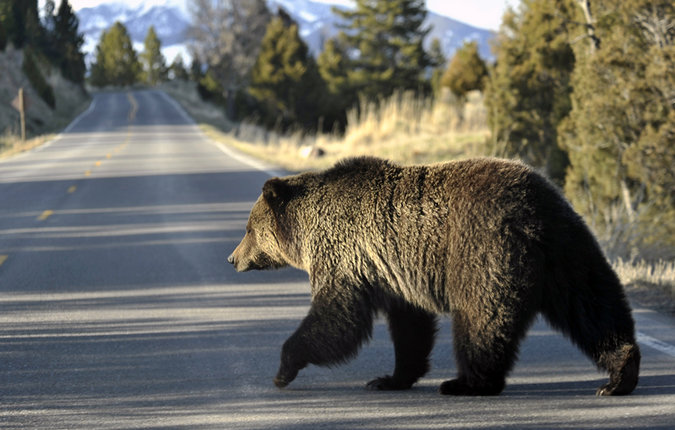 The grizzly bears of Yellowstone National Park have been protected from hunting for years. The areas outside Yellowstone however were routinely hunted in order to protect cattle herds. Because of this, Yellowstone bears have been cut off from the rest of their kind. "Their closest kin prowl the mountains some 70 miles north, in and around Glacier National Park". Today, bears from the north are venturing further south which may have a positive impact on the Yellowstone bears. The population of Yellowstone bears was fewer than 150 in 1975 which resulted in a very small gene pool. If this lower genetic diversity were to continue, it could mean that in hundreds of years from now, the Yellowstone bears may be less able to adapt to changing conditions such as disease resistance, climate change, and changing food sources. Some scientists have even considered trucking bears from the north into Yellowstone if the bears were not able to reunite naturally. The state recently took the Yellowstone bears off the endangered species list because of the come back in population since 1975. Even though that is true, the state has also said that it will not allow any hunting in areas where the northern population may reconnect with the Yellowstone bears. I think that letting these two  populations of bears naturally reunite should help the diversity greatly and the state should put in many more restrictions that will better the odds in the areas where this can occur.