One in five 'healthy' adults may carry disease-related genetic mutations 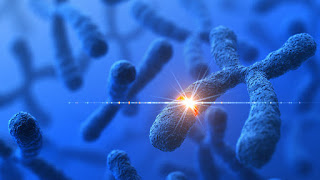 A new study  has out together a first ever randomized clinical trial evaluating a whole new genome sequence in healthy people.  The evaluators had come to the conclusion of that the sequencing   of genomes  in healthy adults  there is  a chance of  one in five people being  risk marker for rare diseases or genetic mutations associated with cancers. The article goes to say how the it is beneficial because it is an advantage to study the implementation rather making assumptions without evidence. In the case study  there was an observation of 100 healthy adults who  reported their family to their primary care physician initially  and half were randomly assigned to undergo an additional full genomic workup. From here it was shown that there was 5 million subtle DNA sequence changes  from as  single nucleotide variants across 4600 genes, which from there resulted for jus t 59 genes to strongly expect to cause a disease. It was the 50 participants who genome that were sequenced 11 had at least one letter of DNA to a have a rare disease. Like one of the patients would was extremely sensitive to the sun. It was also sad the sequenced patients carried at least one recessive mutation linked to a disease. It goes to say how it could be beneficial for the healthcare system to use this technology but it a bit early to useful in the clinics. After reading this article I found it very interesting because after I was diagnosed with hypothyroidism and my doctor told me it is predisposed  because my mom had hypothyroidism  I did more research and read that this a increased of risk of a family member inheriting it too. I find it interesting and beneficial  because in the future it is beneficial  for reproductive decisions.
http://www.sciencemag.org/news/2017/06/one-five-healthy-adults-may-carry-disease-related-genetic-mutations
https://today.mims.com/dna-studies-could-expose-disease-linked-genetic-mutations
Posted by Jasica Rahman at 11:15 PM