Fish Provide Insight Into the Evolution of the Immune System

Recent studies show how organisms can adapt and adjust their immune system to fight off each unique infection and disease that comes their way.  One study published in the Nature Communications explains why humans have some similar genes to those of Chimpanzees.  These results were determined by first studying fish, particularly Guppy fish.  Scientists at Dalhousie University studied Guppy fishes adaptions to survive.  They did this by studying their immune genes called MHC genes (Major Histocompatibility Complex).  MHC genes a group of genes which code for proteins found on the cell's surface which help the immune system.  They recognize foreign substances and act as sort of a warning system for the immune system to know when to kick into action.  Results show that guppies adjust their immune genes at each location to enhance their ability of survival.  This provides some explanation as to how species adjust their immune system depending on their environment to best allow them to survive.

This study also studied the specifics about how the MHC genes are impacted.  Almost 60 different populations of Guppy fish were studied and hundreds of immune variants were observed.  These immune variants were classified as alleles, but there were also clusters of functional groups within those alleles classified as super types.  The super types track the quick evolution of parasites and so they also have to be well-evolved.  The evolution of such immune genes have been debated by scientists for years, however this study helps bring some clarity. 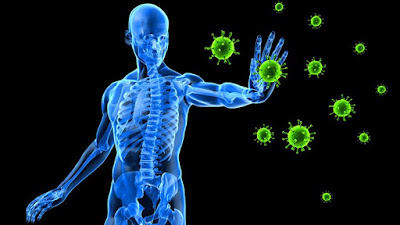 I think this study was important as it shows new understanding about the immune system, as well as helps clarifies fuzzy generalizations made.  I believe more research should be done on this because the more information we can gain on the immune system the better.  It is after all an incredible body system that helps keep organism alive.
Posted by Unknown at 7:46 PM