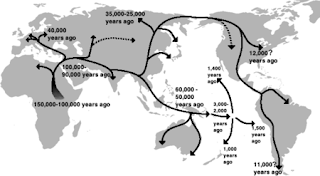 A recent discovery of bone fragment from Vindija Cave in Croatia led to more links between this extinct hominid species and modern day humans. Scientists were able to take a remarkably complete sequence the of genome from this 50,000-year-old bone fragment. From the data, they were able to see a new mass of gene variants that modern day humans outside of Africa would have derived from Neandertals. Some of this DNA could influence cholesterol levels, accumulation of belly fat, and the risk of schizophrenia, depression and other diseases. Neandertal genomes have very little genetic variation among different locations that they have been found and analyzed. This small population had traits that were different from homo sapiens. They had small populations and a limited ability to survive diseases, starvation, or changes in climate, but there were some that were able to provide more genetic variation to populations that were just beginning to grow.  In recent studies it has been discovered that nearly 2.3%-2.6% of Neandertal DNA is in East Asians, while 1.8%-2.4% are in western asia and Europe.
This is interesting because many people would like to see themselves as far removed from the people they call cavemen; however, quite oppositely, a portion of diseases and someones ability to prevent them can be traced back to DNA derived from small populations of Neandertal. It is interesting that even with the small number of genomes actually sequenced, that there is a striking amount of similarities in certain areas.