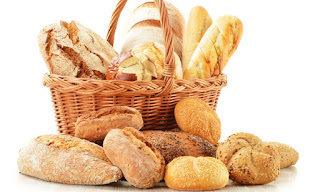 Celiac disease is commonly known as the "gluten allergy." This disease causes an immune reaction when one consumes gluten. Gluten is a protein found in wheat, rye and barley. A recent article in New Scientist, written by Michale Le Page, explains a new strain of wheat that may bring these harmful immune reactions to an end. For those people effected by the celiac disease, baking and carb consuming can be a pretty difficult thing to do. The gluten causes an attack on the small intestine, which results in unwelcoming side effects, some of which can be severe. Gliadins are the key group of gluten that causes the celiac disease to flare up. With that being said, a group of people from the Institute for Sustainable Agriculture in Spain have come up with a plan to do without. By genetically modifying a strain of wheat, they were able to remove approximately 90% of the gliadins. A technique known as RNA interference was used at first trial, which is a process that stops certain proteins from forming. CRISPR gene-editing was used second. This was a more promising approach, since this technique was able to eliminate the genes all together. The team in Spain states that they have already done away with 35 of the 45 genes of the gliadin protein genes. Thankfully, I don't have celiac disease, but I know people that do. From what I understand, gluten free products are not very appetizing. Although this is still a rather new experiment with less than 50 people participating in Mexico, I believe that this could really change things for those suffering from celiac disease in the future.
Posted by Unknown at 10:31 PM