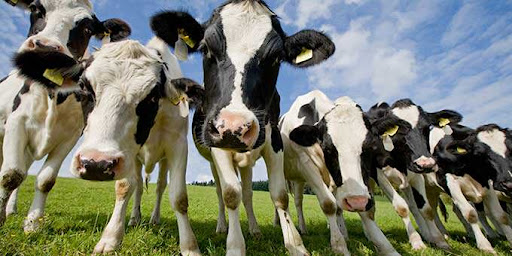 Broadly neutralizing antibodies have a stretch of amino acids that stick out from the antibody surface, which can penetrate the coat of the HIV surface. Humans infected with HIV who can develop these antibodies have a region called “HCDR3” which is typically 30 amino acids in length. The length of the amino acid chain for cows is relatively much longer, and that’s what led to the idea of immunizing cows.

Four cows injected with several types of HIV proteins produced antibodies to fend off the virus as soon as 42 days after immunization.  The researchers tested one cow’s antibodies against many other virus types, and after 381 days the cow’s antibodies prevented 96% of 117 HIV types. If it’s possible to implement the antibodies with long HCDR3s in humans then it’s possible for the vaccine to help prevent HIV.