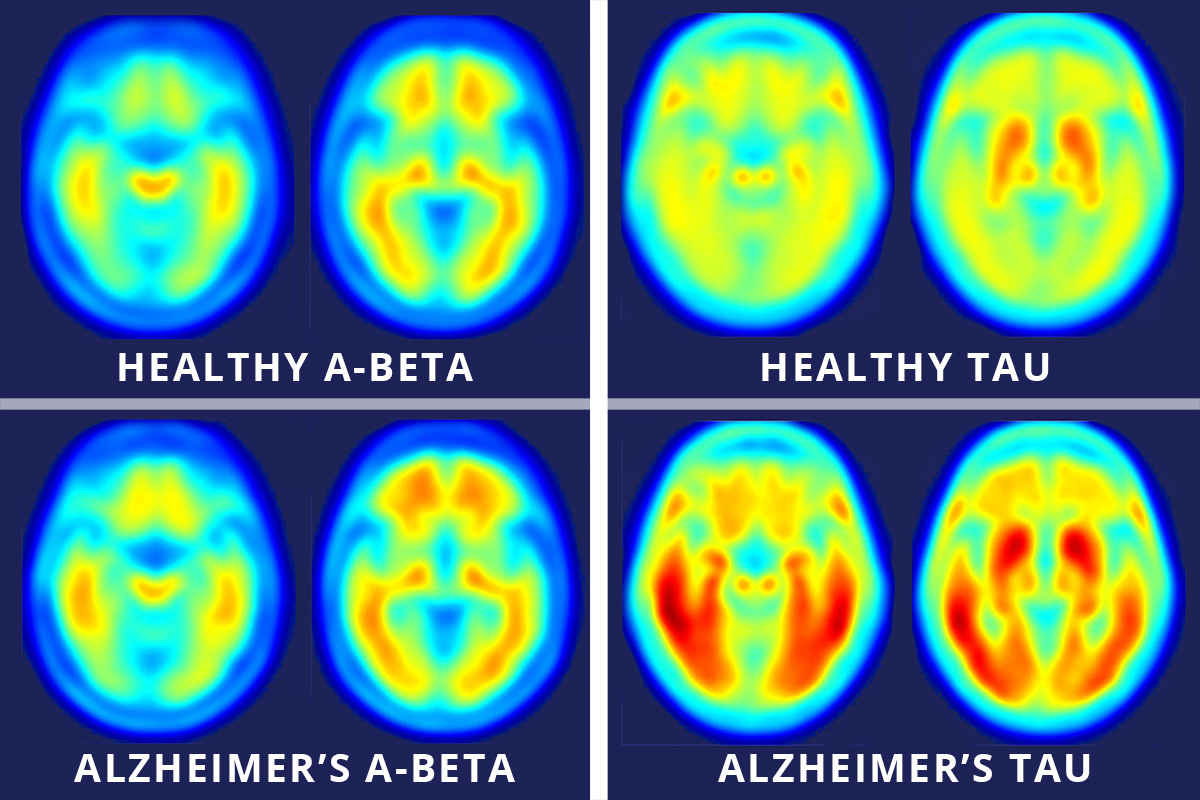 The sticky-plaques of beta-amyloid protein is one of the most well known signs of Alzheimer’s disease (AD). These plaques are known to gather around neurons which blocks information processing and kills cells. There is a second protein, called tau, that scientists are now suggesting may be the real reason for dementia and memory loss in AD patients. By using positron emission tomography (PET), the beta-amyloid protein deposits can be visualized in people with AD along with postmortem brain tissue analyses, and brains of healthy people. It was shown that beta-amyloid protein plaques can be found in abundance even in the brains of healthy people without Alzheimer’s, specifically about 30% of healthy people have brains full of beta-amyloid protein. With further testing and PET imaging, it was shown that more tau deposits found in the temporal lobe, the more likely a person was to show deficits when performing memory and attention tests. While no associations have been proven between tau and memory loss, it is interesting to see the further advancements toward the discovery of how this disease works differently in each person’s brain.
Tau Protein
Alzheimer's Disease
Posted by Unknown at 11:00 PM