Parental Genes? Are We There Yet?

Research conducted at Harvard University has linked genes to parenting behaviors. Relation to the genes is not only on the male and female differences level, but the gene for the hormone vasopressin appears to be linked to the nest-building behavior found in parenting mice. 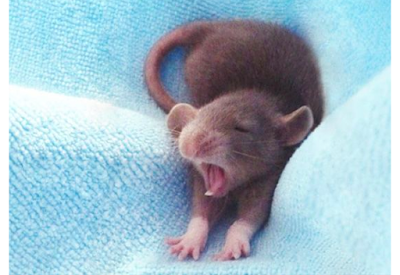 The long believed idea was that parenting was based on how an individual was parented. Good and attentive parenting skills are produced when an individual is parented in that manner. According to research this is not fully the case, as links between activity in specific genes and parenting differences are apparent across a species. Besides influencing behavior is males and females, certain hormones are being linked to specific genes of specific behaviors in mice. This is one of the first cases in which a link has been identified for parental care in mammals. The important idea to take away from this is the fact that we know environment is influential to parenting behaviors but it is now proven to be a product of gene expression. By a process known as cross fostering, the two focused and closely related mice species were raised by each other. No measurable effect was noticed it is simply based on genetics. To further develop the genetic code and information for these genes, the two species were crossbred then the resulting kin were crossbred. What was discovered was the actual differences between the traits must evolve independently. These sex specific regions of the brain aid in the discovery of this. One area discovered was for affects such as licking, handling and even retrieving while another was just for nest-building tendencies.

A closer look at the region of the brain associated with social behaviors, the hypothalamus, where the area for vasopressin neurons made great demonstrations of activity and peaked the interest of researchers.  With this information, an experiment reared toward the affects of this hormone was conducted where doses were administered to mice and the result was nest-building behavior is both species dropped.  This experiment opens doors for future research among the circuitry and regulation of parental genes among species.