No Need To Worry Night Owls 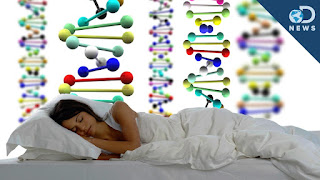 For most people, falling asleep is blissful and for the rest of us it is an important skill we lack. Night owls tend to stay up late and experience restless nights. According to research conducted at Rockefeller University, data shows that being a night owl is more common than you'd think. Something referred to as the clock gene, or delayed sleep phase disorder (DSPD), causes a person to have a slight shift in their sleep-wake circadian rhythm. Even more interesting is the occurrence for some of these people also have a mutation in the gene CRY1, found on chromosome twelve. The average disturbance in time shift for the participants in the study, was about two hours. The researchers conducted that not every person with this mutation experiences night owl tendencies, but it played an important influence for those that did. The sluggish, and delayed feeling as a result of these gene mutations is a new way of studying manipulation of genes. Researchers on this particular study noted that this can open doors to understanding gene rhythm in order to create drugs of manipulation in the future.

Yoga to Sleep
Posted by Hailey Getz at 1:44 AM