Killer Bee Success all due to Genes 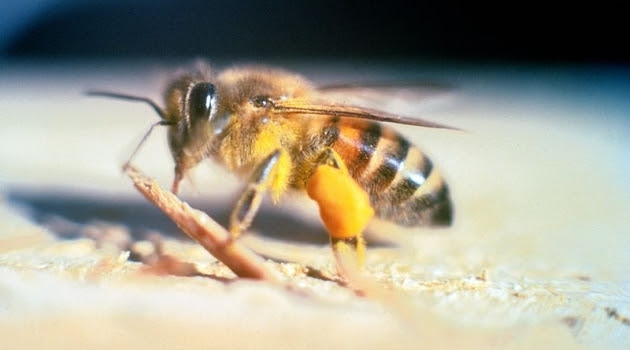 In a recent study at the Uppsala University, the genome of Africanized bees was sequenced. These bees have invaded a large portion of the Africa and are danger to the environment and to human health. They demonstrate an aggressive stringing behavior with everything they come in contact with. One part of their genome in particular caught researchers eyes because it was part of the reason why they are so successful. In the study 32 of these bees where compared to numerous honeybees around the world.
It turns out the killer bee is most similar and shares common genes with the European honeybee and shows a large genetic difference from the African honeybee. This suggests that the European version of this genome gave the killer bees a selective advantage. Along with making this discovery, the study also highlighted the idea of hybridization and how it produces new combinations if genetic variation. This appeared to be a factor as well in the adaptation of the killer bee in Africa.
Posted by Danielle Melvin at 3:30 PM