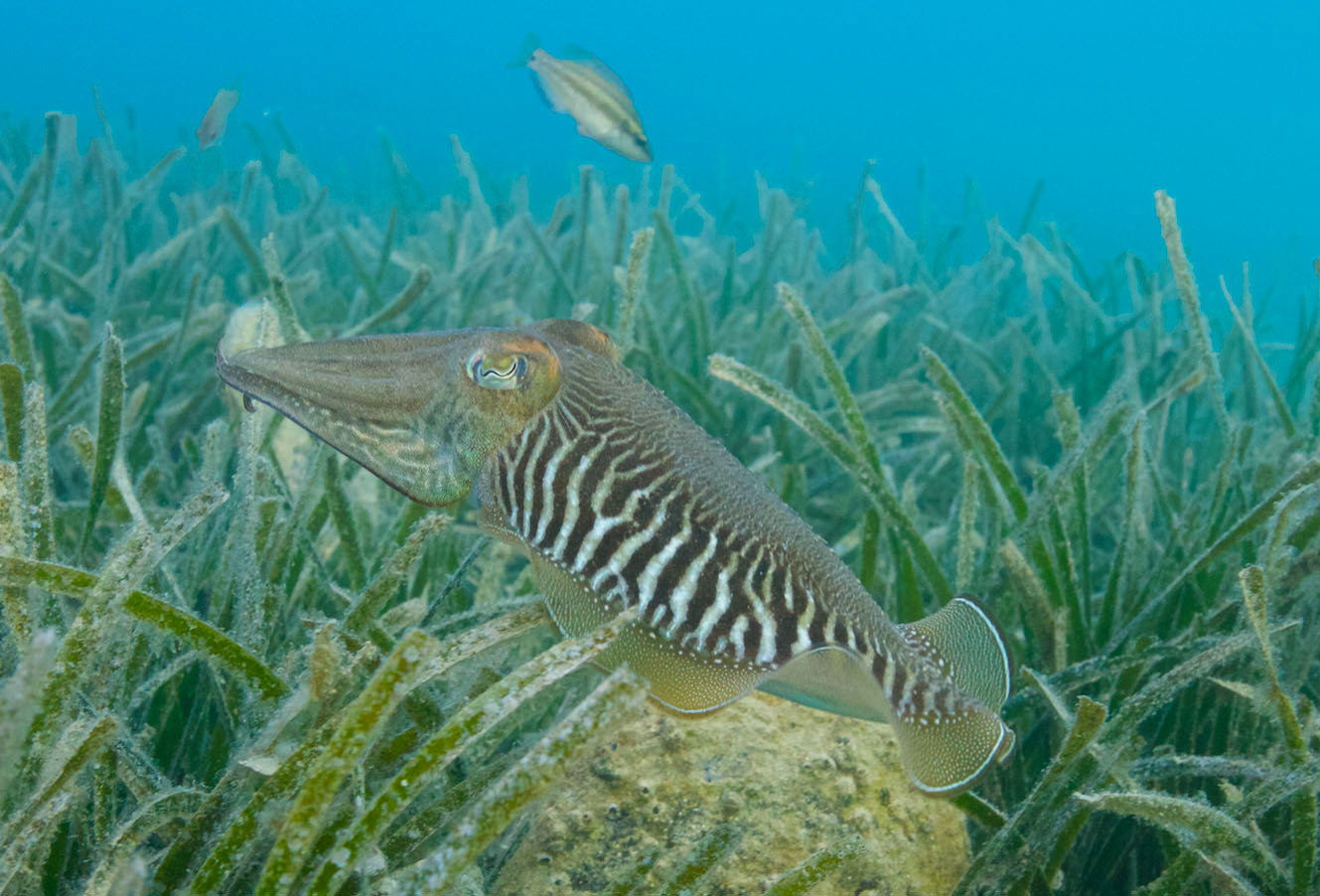 Octopuses, squid, and cuttlefish; they all belong to a group called coleoid cephalopods. This specific group is known to be the smartest of the invertebrates. According to NY Times, a senior scientist at the Marine Biological Laboratory named Joshua Rosenthal had said that they are the only “animal lineage that has really achieved behavioral sophistication”. A recent study conducted by Dr. Rosenthal and Eli Eisenberg revealed that RNA editing is favored among coleoids even though it slows DNA evolution. Modified RNA allows the creation of proteins that originally did not exist in the DNA. It was then found that there are actually tens of thousands of recording sites. These recording sites are where the resulting protein from RNA editing is different from the originally encoded DNA. Coleoids share many of the tens of thousands of sites while in humans and mice, even though they are closer in evolution, only share about forty. The behavior of coleoids are believed to be due to the RNA editing in the nervous tissues, potentially helping octopus quickly adapt to temperature change. Those who were not involved with the study say that the extensive RNA editing is “extraordinary” and “evolutionarily a big deal”.

The trade-off of having such capabilities shows the problem of slow evolution. According to Dr. Eisenberg, it is a “big price to pay,” but “must be worth it”.
This is a really interesting topic which makes me wonder what if humans were capable of this as well.


https://www.nytimes.com/2017/04/06/science/octopus-squid-intelligence-rna-editing.html
Posted by Unknown at 1:36 PM