Can DNA explain the differences between humans and chimps? 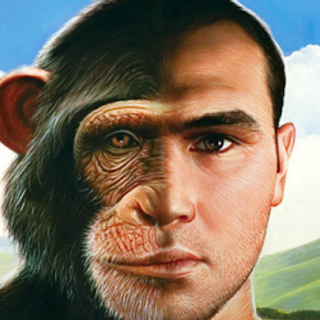 Posted under wrong gmail account.... original (Monday, April 17, 2017 5:12pm)
Few DNA differences can be seen between our two species. Researchers are looking hard at those differences in hopes of identifying uniquely human stretches of the genome that help science narrow down what makes humans truly human. Two different stretches of DNA were found to be uniquely human that include the genome for larger brains.

One gene was found to not only cause bigger brains but also causes more surface folds as well. It seems to be a characteristic of primarily primates and the human brain. These folds increase the brains surface area which in turn gives more room for neurons to be able to process and store information.
The Max Planck Institute of Molecular Cell Biology and Genetics in Dresden, Germany, looked for a gene the was only active during the development period of the cortex very early in the embryo development. The cortex that is the thin outer layer of the brain is used to memory, attention, awareness, thought, language, and consciousness.
Researchers found this gene by observing gene activity in an aborted human fetus while comparing it to tissue from a mouse embryo. They identified 56 human genes the mouse tissue lacked.  The most active was a gene called ARHGAP11B, a partial duplication of an existing gene. The duplication arose sometime after human evolution split off from the line that led to chimps some 5 or 6 million years ago. It is uniquely human, being present in Neanderthals and Denisovans, our long-gone kin, as well as anatomically modern humans, the last Homo standing. (That’s us.)
The researchers found out what ARHGAP11B did by putting it into transgenic mice. It doubled the mice’s cortical stem cells and increased their brain size.