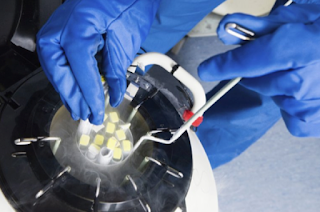 Just like any field of study, genetics entails some pretty controversial topics. One of the most debatable advances in genetics research is the idea of physically modifying human embryos in order to create genetic traits that can be passed down to future offspring. For many years it has been difficult to define the ethical background of this technique. It is widely feared that this technology could and would be used to enhance intelligence or to create physical specimens to eventually serve as soldiers. This article reports that an advisory group of scientists has endorsed gene editing in order to alter/prevent babies from acquiring genes that cause serious disease when there is no other alternative intervention. Human germ line engineering, as this technique is called, will allow parents to have biological children without passing on the genes for Huntington’s or Tay-Sachs disease, for example.


I found this article to be really relevant and interesting. To be able to alter genetic traits in human embryos is an incredible advancement that should be used, but only for the right reasons. As incredible as technology is becoming, who knows what catastrophes could result from putting this type of power into the wrong hands. This topic should not be taken lightly and should abide by a strict set of ethical laws. Personally, I think any advancement is a good advancement. A few years ago, this would have never even been thought to be possible. Now, according to this article, “the National Academy of Sciences and the National Academy of Medicine has lent its support for this once-unthinkable proposition”.