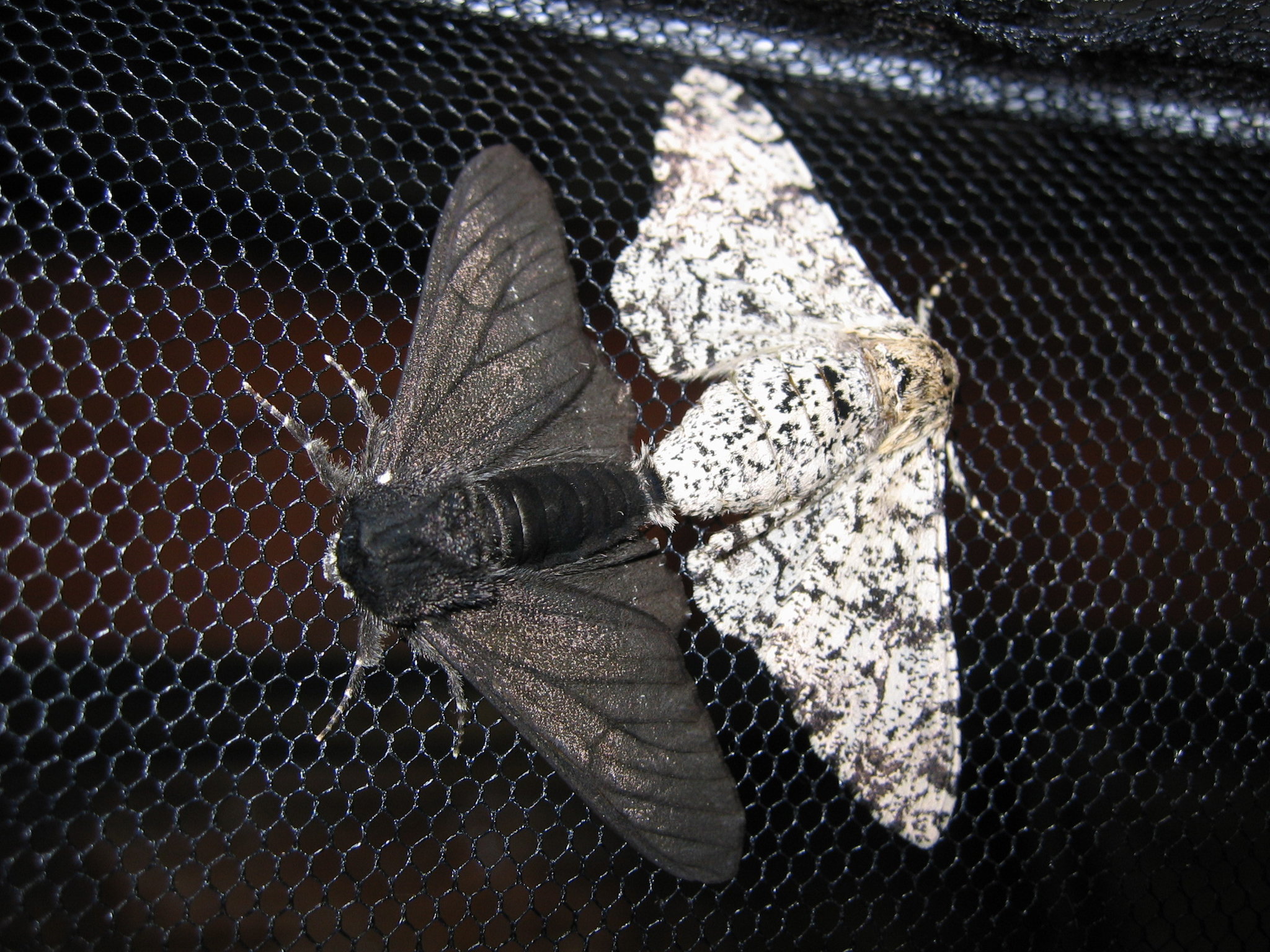 The black peppered moth, a famous example of adaptive evolution, recently had a major breakthrough in what exactly helped it change form pepper to black.  Back in the 1800's, during England's industrial revolution, this moth adapted to its newfound, soot covered environment, by becoming darker, allowing it to blend in with the newly soot covered trees.  This adaptation allowed for the darker moths to pass down their genes, and become the new wild type.
Recently it was discovered that this change was all due to a gene called "cortex", which in most organisms codes for the function of cell division.  In moths, and butterflies, cortex was seen to code for wing and scale color.  This is not the beginning of this abnormality.  This gene is also known as a jumping gene, meaning that it can be found on different places all over the genome.  Dr. Saccheri, an evolutionary ecologist, describes it as "[a] huge chunk of DNA that doesn't itself code for anything, but somehow disrupts the nature of a gene".

The fact that these moths and butterflies of the like use a gene that normally codes for cell division in order to code for something as simple as wing color.  Also the fact that it is conveniently a jumping gene just adds to the strangeness of it's expression in the moth/butterfly.