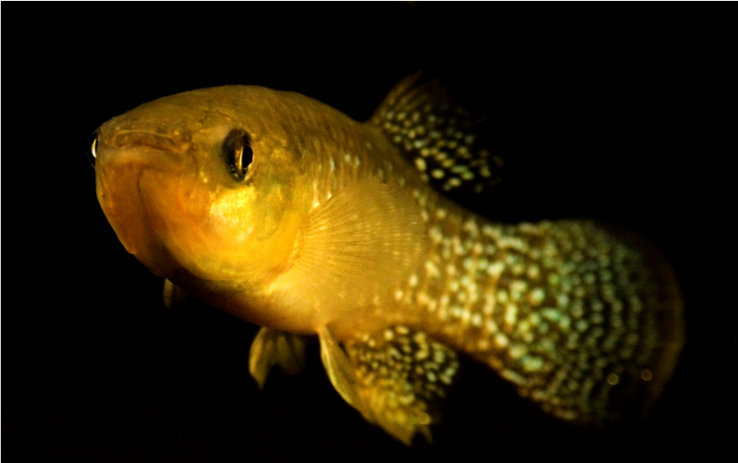 The Atlantic killifish is a small minnow sized fish that lives in the area of the Lower Passaic River and the Newark Bay.  This fish has been subject to a lot of chemicals entering it's habitat and polluting it's ecosystem.  Naturally, large populations of fish and other marine life have died off, but the killifish has been thriving.  Researchers have found that this is due to an extremely quick paced evolution.  Due to the fact that the killifish had such a large population, and had been subject to these chemicals since the production of Agent Orange started, some fish had developed helpful mutations to resist the toxins in the water.  These fish survived and thrived in the toxic water, while now mutated fish died off.  These survivors reproduced, passing down the mutations, and creating a brand new Atlantic killifish.  This new killifish is back to it's large population size, and is still thriving and growing in the polluted water.


I think that the killifish is an amazing example of evolution right in front of our eyes.  It evolved to form a completely new pollutant tolerant species of Atlantic killifish in the span of only a couple decades.  Normally evolution can take hundreds or thousands of years, but this little tiny fish managed to do it so fast.  This is most likely just due to it's extremely large population, and it's very short generation time.  These help traits get passed down very quickly and efficiently throughout the generations.