Tardigrades are fantastic creatures that have adaptations to survive in the harshest of conditions, including the vacuum of space. But how did tardigrades inherit such great extremophile genes?

Researchers in Japan, through many trial and error attempts, managed to isolate and study the genome for tardigrades. Previous attempts by other scientists were met with gloom due to contamination. Studying the extremophile of extremophiles has led to the discovery that tardigrades have up to 18% of their DNA origins from HGT, or horizontal gene transfer. HGT is when DNA is transferred from one organism to another, which is one of the main causes of antibiotic resistance. 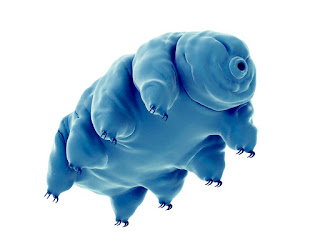 Shown above is a tardigrade (Credit: Sebastian Kaulitzki/Shutterstock)

The clear purpose of studying the tardigrade genome is to find out what genes codes for proteins that help them survive such harsh conditions, as well as help repair/prevent damage to DNA during times of extreme stress. This decoding of the tardigrade genome will help scientists, in the future, insert these genetic adaptations into human cells, so that superheroes can be closer to science-fact.