Using Genetics to Save Dolphins

The Black Sea has a large market for illegal capture and trading of dolphins from poachers. Conservationists and regulators are considering using DNA tracking to fight the problem of illegal trafficking from places such as the Black Sea. The Ukrainian government is proposing at The Convention on International Trade in Endangered Species that a DNA global database of all captive bottlenose dolphins with the intent this will prevent unlawful trading of the illegally caught dolphins to aquariums and zoos. This will prevent parks from substituting bottlenose dolphins that died in captivity and replacing them with a new, illegally caught and traded dolphin. Out of the estimated 1,000 dolphins that were traded illegally in the last fifteen years, approximately 1 in 10 of them came from the Black Sea. The idea of this global database is to be able to verify through DNA if the bottlenose dolphins were bred in captivity or taken from the wild, with further research if the ladder is found if they came from the Black Sea. The bottlenose dolphin of the Black Sea is listed as endangered, so marine conservationists believe this DNA registry will help to bring them back to a safer conservation status. This will go to a vote during the Convention on International Trade in Endangered Species to see if this is an economically plausible solution that is needed to take place. 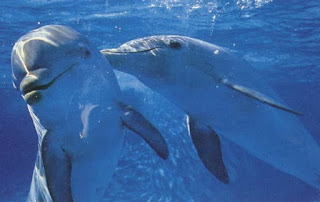 I think the idea of a DNA registry to determine the legitimacy of a dolphin being bred in captivity or illegally caught, especially from an area where they are endangered is a practical and useful solution to the problem. This will not only defer illegal trading, but hold those accountable if they go against the registration system with the buyer and the seller of the illegally caught bottlenose dolphin. I am not a fan of zoos and aquariums because I think that captivity, for the most part, is an extremely cruel injustice on animals unless it is for conservation purposes. The bottlenose dolphin is one of the smartest animals on Earth other than humans, and to subject them for our whim and entertainment without cause in many zoos and aquariums is a disgusting industry. There are arguments for education purposes but I think that there comes a point when humans have to realize that we have no place in this world taking the lives of other living things for our own gain. A DNA registry would help us have more genetic information on dolphins as well, which could help with research and information in the future. Being able to tell by DNA that a dolphin is from the Black Sea will help conservation movements in that area to restore the conservation status of these creatures. Despite the CITIES secretary and the US Fish and Wildlife services in the article pre-maturely arguing against this genetic tracking, I think it is important for conservation purposes.