The research team - comprised of more than 260 scientists across the globe - recently reported their findings in the journal Nature Genetics.

According to the World Health Organization (WHO), more than 21 million people worldwide are affected by schizophrenia, with the disorder being more common among males than females.

In the United States, schizophrenia is estimated to affect around 3.5 million people, making it one of the leading causes of disability in the country.


In recent years, researchers have been learning more about the genetic causes of schizophrenia. Earlier this year, for example, Medical News Today reported on a study revealing how a variant of a gene called C4 contributes to schizophrenia development. 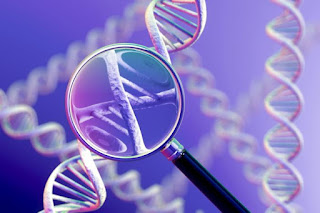 The researchers identified eight regions of the genome that possess mutations called "copy number variations" (CNVs) that are associated with increased risk of schizophrenia. In other words, these mutations are significantly more common in people with schizophrenia than those in the general population.

CNVs are copies or deletions of DNA sequences that can affect normal gene functioning, increasing the risk of certain diseases and disorders.

In this study, the CNVs identified by the researchers were shown to increase the risk of schizophrenia development by four- to 60-fold.

What is more, these CNVs were found to be more common among genes that play a role in the function of synapses - the structures that connect nerve cells, or neurons, and transmit chemical signals.


The researchers note that only a small percentage of study subjects had the schizophrenia-associated CNVs - around 1.4 percent - showing that these mutations are rare.
Further analyses are needed in order to uncover more rare genetic variants that may increase the risk of schizophrenia, the researchers note, but the current research has made a strong start.


"This study represents a milestone that demonstrates what large collaborations in psychiatric genetics can accomplish.

We're confident that applying this same approach to a lot of new data will help us discover additional genomic variations and identify specific genes that play a role in schizophrenia and other psychiatric conditions."