In Neanderthals’ DNA, Ancient Humans May Have Left Genetic Mark

In 1997, the first parts of Neanderthal DNA in a fossil was found. Since then, scientists have been able to use a number of Neanderthal bones to recover genetic material and even entire genomes. 1 to 2 percent of human DNA, of non-African people, has been found to be Neanderthal. This is the result of Neanderthals and the ancestors of Europeans and Asians interbreeding. The Neanderthal genes influence health conditions like allergies and depression. A study has also found that interbreeding in Siberia left Neanderthals with pieces of human DNA. This could of possibly come from an early migration of humans. 600,000 years ago humans and Neanderthals split from a common ancestor in Africa and eventually Neanderthals died 40,000 years ago. They share mutations with Europeans and Asians, but not Africans which scientists have used to conclude that humans interbred with Neanderthals after they left Africa. 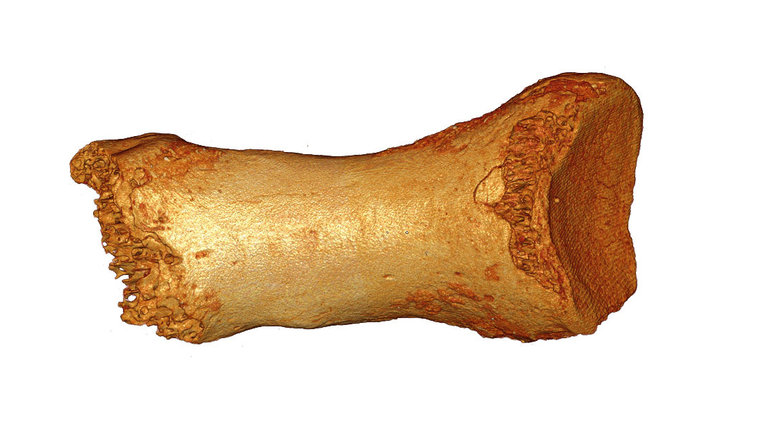 Using a toe bone found in the Altai Mountains, a complete genome of a male Neanderthal was constructed and compared to modern human DNA to confirm interbreeding. They were also able to make a detailed reconstruction of Chromosome 21. Sergi Castellano , a geneticist at Max Planck, compared European Neanderthal DNA to genes found in Serbia. Dr. Siepel, who has developed models to trace DNA, compared genomes and inferred their common history. This included how their ancestors split and how large the populations of their ancestors were. Together they found an example of Gene flow, the Altai Neanderthals shared some mutations with living Africans, but not with Europeans and Asians. This would suggest that an African lineage of humans interbred with ancestors of Altai Neanderthals after they split from other Neanderthals. Dr. Viola, a paleontologist at the University of Toronto, thinks the best scenario is that humans expanded into the Middle East and interbred with Neanderthals there. They then migrated to Serbia, taking human DNA with them.
Posted by Unknown at 10:59 PM