How did Ebola become so deadly?

Ebola is normally said to be found in animals, particularly in African bats. One conclusion made is that the epidemic in West Africa began when one of these bats infected a child in a village in Guinea in December 2013. Since than, Ebola became a very deadly epidemic that has caused thousands of deaths in West Africa. It was recently found out that the virus had become even deadlier due to a genetic mutation which makes it easier for the virus to enter into the cells in our bodies. The epidemic spread very quickly, causing 11,310 deaths in West Africa in 2014. Research shows that this mutation made it easier for the epidemic to spread. Recent studies also show that people who were infected by the mutated version of the virus were more likely to die. 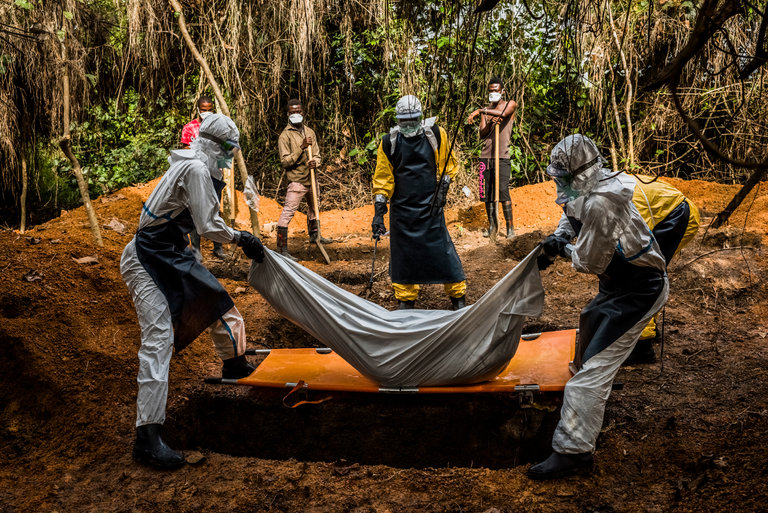 Once the outbreak in West Africa began to effect thousands of people, Dr. Pardis C. Sabeti and her colleagues began to sequence the genomes of 99 Ebola viruses that were isolated from 78 patients. In their research, it was concluded that as the virus went from one person to the next, a new mutation was created every time. Although they knew that viruses replicate, they began to worry that these mutations sped up the replication process of Ebola. Ebola has 7 genes, each of which codes a protein. If one of these genes it mutated, it makes the same protein with the same function. Following this research, Dr. Sabeti and her colleagues analyzed 1,489 genomes of Ebola. As they did this, they traced the path of the epidemic as it spread. One specific mutation known as GPA82V stood out because it arose at a crucial point of the outbreak. The original version of Ebola was in Guinea for a few months, but the version that contained the GPA82V mutation spread to 3 countries. This specific mutation altered the gene that directed the glycoproteins. These proteins open passageways of the human host cells for the virus to enter. Several studies show that this mutated gene helped the epidemic spread and was the cause of high death rates. To conclude the study, Dr. Ball states that the virus has a better chance of adapting to its human host, the longer the epidemic stays around.
Posted by Unknown at 11:00 PM