It is commonly thought that heart disease is linked to genetics, but a new study of 55,000 participants shows that by not smoking, exercising moderately, and by eating a healthy diet with fruits, vegetables, and grains, people can decrease their risk of heart disease substantially even if they are genetically exposed. Dr. Sekar Kathiresan, the director of the Center for Human Genetic Research at Massachusetts General Hospital, says that according to the research he and his colleagues have done, the problem can be controlled even if you do not have the best genes. In the study they used large sets of data in order to set apart the effects of genes and lifestyle in hart disease. They found that genes can double the risk of heart disease, but a good life style cuts it in half, but by the same token an unhealthy lifestyle deletes all of the benefits of good genes. 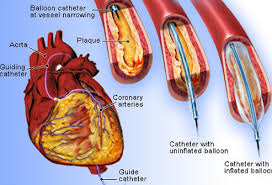 The researchers made a genetic score based on fifty genes that are associated with heart disease. They developed a lifestyle score based on whether the individuals smoked, exercised at least once a week, whether they followed a healthy diet, and whether they were obese.. Having three or all four of the elements denoted an optimum score. One group in the study that was analyzed involved black and white Americans who were aged from 45-64; in this group, a good lifestyle cut the ten-year likelihood of heart disease from 10.7% to 5.1%. Another study involved 21,222 American women aged 45 and older who were health professionals; in this group their ten-year risk fell from 4.6% to 2%. In another group in the study, Swedish participants aged 44 to 73 had a ten-year risk reduction from 8.2% to 5.3%. In the last group, Americans aged from 55 to 80, the individuals with genetic risk but a healthy lifestyle had significantly less calcium, in their coronary arteries, which is a sign of heart disease. The last study showed that the hypothesis that they began with: a healthy lifestyle can cut the risk for heart disease even in people that are genetically exposed- was proving to be true.
This study was eye opening because I always thought that heart disease was genetic. I knew that a healthy lifestyle could help to lower risks though. I thought it was a good idea to assign all of the participants a score based on their daily exercise and their lifestyle choices in general; it made the data easier to understand because that was explained.
Posted by Unknown at 6:19 PM