Dog's memories are stronger than you would think.

As we know, dogs can remember their names, other names, commands, and more but to limitations that they need to be trained and has to be direct. This recent study has opened up there spectrum of memory to a more human-like aspect. It is called episodic-like memory. This is the action of self sense. It is only considered like because we can't fully say dogs understand something like self if we can not see it through language or a concrete evidence. But we can tell it is like humans that they can't without being sat down and trained remember actions they have never seen before and imitate them by themselves. 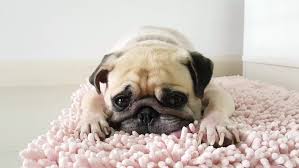 The procedure ran was a "do-as-I-do" format. They dogs would watch the instructor do a random movement like touch an umbrella and then would be told to "do it" afterward and they then such. They furthered the procedure and the difficulty by doing more difficult actions like lay down on a mat then do an action. After success of that they then showed them an action would take them behind a curtain and back then unexpectedly say "do it" and the dog would react and do it. It wasn't as efficient as the expected but it was a big find noted that they were able to do a command not taught but shown once and without expectation be able to just do it.

The data will be reviewed and published in Current Biology. What was the deciding factor was that dogs would just lie down immediately and not have to hear "do it". This wasn't expected but was a huge observation for their results. This episodic-like memory was tested in other animals like pigeons and mice but this was by far the most solid evidence since it was more in depth commands given.

So be careful what you do around your dogs because without you realizing they are remembered things you do all the time.