What's the Longest Humans Can Live?

Jeanne Calment set the record for the longest living person after she died on August 4, 1997 at 122 years old. Humans have been progressively living for longer over the last few centuries, but it is likely that we have reached our limit, at about 115 years, according to Dr. Jan Vijg from Albert Einstein College of Medicine. Other experts agree with him, but some disagree strongly, basing their arguments on the fact that life expectancies have been increasing rapidly since the early 1900s. However, studies have been done which look at the growth of the population of a given age from year to year. For example, in France in the 1920s, 85 year olds were the fastest growing group of people. This trend shifted to even older people as the average life expectancy grew but about a decade ago, the peak stopped shifting. This is likely due to the stall in life expectancy. The International Database on Longevity also points to the same conclusion- people are not living as long as they used to decades ago, and besides the rare case like Jeanne Calment's, no one is living longer than about 115 years. 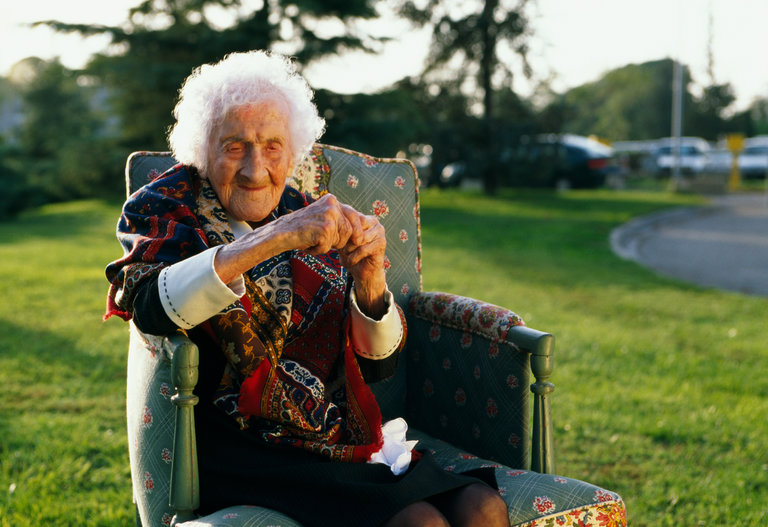 It is predicted that 115 will be the highest age that anyone reaches in the foreseeable future. It has been an ongoing argument for years whether or not there is a limit to lifespans, and because people have been steadily reaching the same age for decades now, it seems that there are only so many years that a body can live and work and continue repairing itself before it collapses.
I agree that there is a certain ceiling for age that humans can reach. The body is simply not able to continue repairing itself after a certain point. Because of the advancements in medicine and quality of life that have been improving over the past few centuries, life span has been increasing steadily, but at this point in time we have most likely reached the limit to how old we can get.
Posted by Nardin Awad at 9:01 PM