Researchers have discovered that some people share an extremely rare genetic mutation that may explain a 'sixth sense' in humans which has been discovered as proprioception, or the body's awareness of where it is in space. Research from the article explains that bizarre sensations from a 9 year old and 19 year old girl included a soft brush that felt like prickly thorns and not being able to tell which direction body joints are moving without looking at them. Pediatric neurologist Carsten Bonnemann who specializes in diagnosing unknown genetic illnesses in young people noticed that the girls shared physical symptoms such as hips, fingers, and feet that bent in unusual directions as well as scoliosis. Bonnemann screened their genomes and found a common mutation in the PIEZO2 gene which is linked to the body's sense of touch and its ability to perform coordinated movements. The researchers performed tests in which when blindfolded, the two patients couldn't tell which direction their joints were moving while the researchers moved their joints.

Researchers then repeated the tests with the patients strapped into an MRI machine and found out that although healthy people show activation in the region of the brain linked to physical sensation, the activation was missing in the two girls' brains. After many tests, Bonnemann and the other researchers determined that the PIEZO2 gene is likely critical for proprioception and skin touch. One possibility that might relate to the patient's skeletal deformities is that the proteins controlled by the gene play a key role in development. Also, researchers determined that the different variations of the PIEZO2 gene might contribute to whether a person is coordinated or not. The 'sixth sense' found in some humans is still being researched but scientists now know that the rare mutation exists and that there are others out there who have this 'sense.'

After reading this article, I was really shocked to see that there are people out there that have genetic mutation. I've never experienced anything like the two girls in the study did and I couldn't imagine not being aware of my body's awareness of where it is in space. I also found it very interesting that there is only one gene that influences whether someone will have this 'sixth sense' or not. The article was interesting and provided a lot of detail, but I just had a hard time grasping the concept that this genetic mutation exists and some people have trouble feeling different things and not being aware of the movement of their joints in their body. 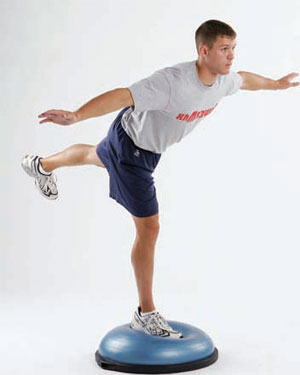