Does Exercise During Pregnancy Lead to Exercise-Loving Offspring? 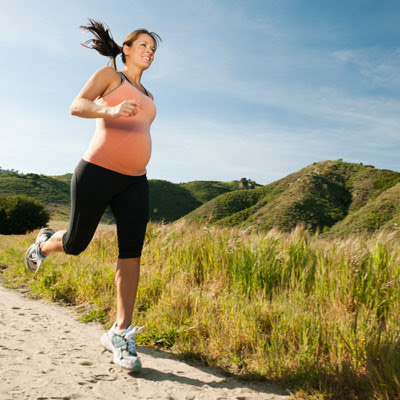 Recent science suggests that there are deeper genetic influences in which affect the amount of physical activity a person will be if predisposed in sections of their DNA during development in the womb, versus other gene variations that incline them to be less physically active. Scientists have pondered over the theory of developmental programming, which implies that the DNA in a developing baby can be manipulated by changes in the environment experienced and immediately after birth.

In the study, scientists collected genetically identical female mice and placed them in cages with running wheels. After a week of exercise, these mice were mated with male mice of the same genetic line. The pregnant female mice were then split into two groups: one group in a cage with a locked running wheel and the other group in a cage where they can run on a wheel at their own free will. The offspring from both groups were placed in a separate cage from the adult mice without a running wheel and any influences from their mothers to exercise. After a period of time the offspring were moved to cages where running wheels were available and monitors that tracked active movement aside from running on the wheel.

There were only a few notable differences between the two groups of offspring in their physical activity. However, as they entered adolescence, researchers observed that the offspring born from the running mothers were much more active both on and off running wheel. The disparity in physical activity continued as the two groups of mice aged, still considering the fact that they were genetically identical and raised the same way.

This study clearly suggests a mother's physical activity during the course of her pregnancy likely induced the physical activity of her offspring. Nonetheless, mice are not people, so these results don't necessarily correspond to the effect in human offspring and their mothers' being more active during their pregnancy, or why offspring in their later years grow even more enthusiastic to work out. More studies are intended to discover more research on this phenomenon to see if this is also implied in human beings, but I will definitely consider this article when I become pregnant. I'll certainly attempt to exercise frequently, but I'll also certainly treat myself to a box donuts after a nice walk around the park.