The New Batch of Cicada

A Cicada is an insect which is one and a half inches long, with red eyes and orange veins in their wings. These insects buzz, males in particular, by their tymbals, the corrugated exoskeleton on their torso that they contract and release. 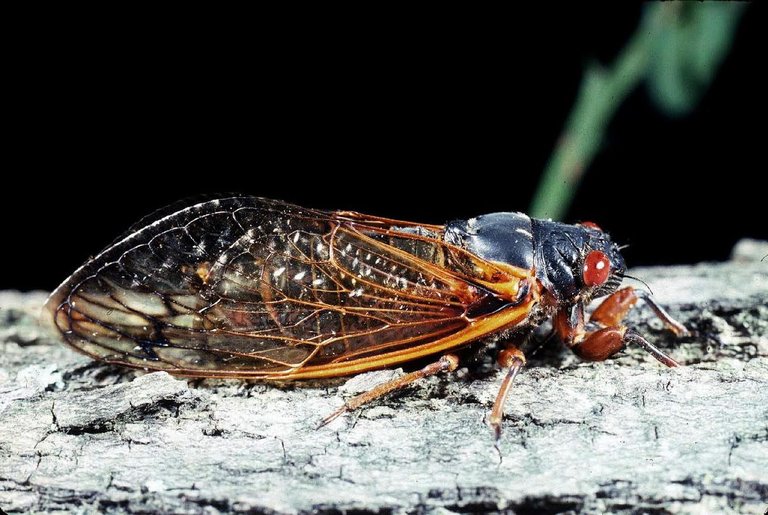 After a 17-year wait to mate, next brood of cicadas will start to emerge next month in parts of five states. These states are Western Maryland, eastern Ohio, southwestern Pennsylvania, northwestern Virginia and most of West Virginia are expected to see the rise of the Brood V. There are six species of cicada, three with a 17-year cycle and three with a 13-year cycle. Cicada spend 17 years underground, where they anticipate an uncertain indicator for emergence. The indicators are; a combination of soil temperatures reaching 64 degrees and light rain seems to trigger their arrival.  The problem of course, is that lots of cicadas get eaten anyway, this is fine as long as some of them survive to reproduce. That's why it's beneficial for the brood to emerge all at once, instead of in small groups. Cicadas with genes that make them emerge a little earlier or later than the pack would be spotted and eaten right away. The 13- and 17- year breeds, on the other hand, had less contact with other broods and stayed pure. The more that emerge at the exact same time, the more of them survive to mate. Stragglers and early birds were eliminated, along with their genes. Over thousands of years, evolution enhanced these broods to emerge in huge numbers, at precisely the same time, when few other cicadas threaten to dilute their gene pool.
These insects are very interesting. They live underground for most of there live then reemerge about 17 years later to start the cycle all over again. Having a gene regulate when they emerge is also a plus, but other factors come into play at this point but it still helps.