Craig Venter and scientists have recently constructed a bacteria, which has a genome consisting of 473 genes.  This appears to be the smallest number of genes necessary for a viable organism.  Scientists used Mycoplasma, which was known to be one of the most genetically simple, to build the bacteria.  In nature, Mycoplasma myocoides contains 901 genes.  So, compared to the 4,000 - 5,000 genes used in E. coli, 473 is a very small number.  Researchers replicated the Mycoplasma genome and inserted it into a Mycoplasma capricolum.  The organism was named syn3.0.  Scientists hope to study syn3.0 in order to discover more about general biology, and they hope to use the bacteria for drug and chemical production. 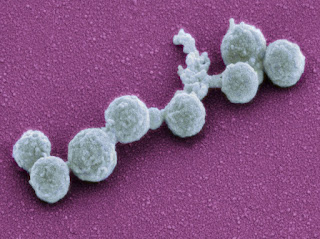 Venter and his colleagues initially expected to be able to use as few as 300 genes to create a completely viable bacterium.  However, the bacteria required 473, and this has led to a number of questions regarding the function of the genes.  Scientists are currently unable to determine the purpose of about 1/3 of the genes in syn3.0.  All they know, for sure, is that the genes are essential to life.  Venter and his fellow scientists believe that 41% of unclassified the genes contribute to genome expression, 18% code for cell membrane structure and function, and 7% is responsible for preserving genomic information.

Constructing man-made life is always going to be a controversial topic.  In a world that where religion is still vital to a large number of people, there will be arguments about the ethics of this field of science.  Questions like, "who are we to create life?" will surely be asked.  However, the scientific findings could be humongous.  If we are able to manipulate the genome easily, we could possibly create cheaper more effective pharmaceutical drugs.  Further, we can learn more about the genes that are necessary for syn3.0 to survive, and we can understand similar gene's significance in other bacterial cells.