Neanderthals were some of the first and earliest humans to walk the earth, very closely related to modern man, but the neanderthal subspecies went extinct thousands of years ago. Because of evolution and mating, genes from thousands of years ago could still be incorporated into the modern human genome, which stands at about 3.5 billion base pairs, and 2.5-4% of neanderthal DNA does exist in the genome.

However, the neanderthal genome has never been fully examined until this week where Stanford University author Dr. Fernando Mendez analyzed the remains of a neanderthal from El Sidron, Spain, and compared it to what was already know about the neanderthal/human genome from previous studies. In previous research, the X chromosome was examined from neanderthal women who passed on the X to children of both genders, but the Y was never taken into account. Since the specimen recently found was a male, and the Y chromosome is only transferred to sons because of the nature of the sex chromosome, this gave researchers the opportunity to examine the genes, 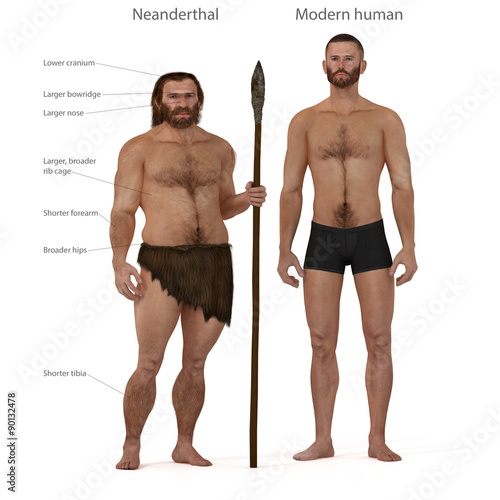 What they found was a bit shocking; in all of the genome of modern humans, no neanderthal Y chromosomes were found, which led the geneticists to believe that the genes had gone extinct thousands of years ago, and the only traces that are found in modern humans are the X genes passed on by mothers to their children.

After further examining, the scientists were able to spot some differences between the modern human and neanderthal Y chromosome, including different protein coding in the genes and antigens. One of these antigens called KDM5D targets male fetuses and kills them, which is a strong case for why modern humans and neanderthals started to grow apart. If infants were being killed in the womb because of a gene in their partner's body, that pregnant mother would not want to stay with her partner any more, since part of the human psyche is furthering the species and reproducing.

The next step is to try and fully understand why a hybrid of the two human species has not formed in the past, and hopefully when the research is completed, a more definitive answer can be reached and the information will be added to the ever growing database of knowledge on genetics from the past
Posted by Elizabeth P at 4:16 PM