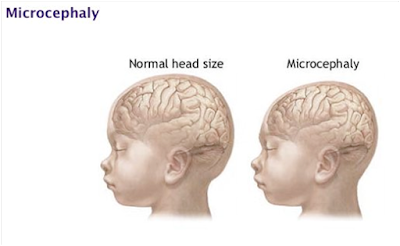 Out of all of the reported cases and the ones that have been examined, only 404 have been official microcephaly suffering babies. However, of these only 17 of the tested positive for the Zika virus. In fact, 709 babies have been determined to not have microcephaly at all misguiding the epidemic numbers and increasing the alarm of society. Though the Zika virus is a very serious virus that can affect many newborn babies, it is important to make sure that health care officials or hospitals are really certain that a child has microcephaly before it is reported as another case.
Posted by Sarah Nicolle Aguirre at 11:18 AM