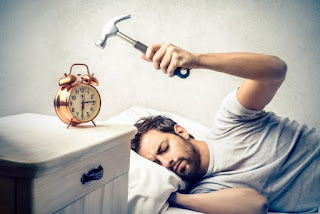 As the old saying goes, “The early bird catches the worm.” However, some people, maybe even yourself, feel best staying up late and sleeping in vs getting up at the crack of dawn. According to a recent study published in Nature Communications, a human’s preference for early mornings or late nights might come down to the individuals genes.

This study, which was commissioned by 23andMe, utilized their massive genetic database to analyze DNA from more than 89,000 people. In addition to sending in their spit, participants of this study also answered a two-part online survey, which categorized them as morning or evening people based off their self-reporting answers. From the participants’ profiles, researchers of this study were able to make some conclusions on what they believed were characteristics that most likely lead to being a morning person. These were being a female, being over 60yrs old, having a healthy BMI, not suffering from insomnia, and being able to feel well-rested off less than 8hrs of sleep.

This study initially generated a lot of excitement because the conclusions had been drawn from a large number of humans, making the results more robust and significant. However, the population used was only European descent, which itself paints a skewed picture. In addition, self-reporting from the patients was used as well, which is notoriously known for inaccurate numbers. Regardless, the spots identified on the genome by researchers will prove to be useful for future studies.

This article was interesting because it covered a topic that is near and dear to many college students; why is it so hard to get up for 8:00am classes? It is funny to find out that it may be because of our genes. Besides when I stay up really late, I am definitely a morning person, which both my mother & father 100% are. However, since there were flawed components to the study, there is definitely room for improvement. I look forward to when scientists smooth out the bumps.