Gestational diabetes is a condition that effects pregnant women and the fetus in negative ways. A new study by Cambridge University shows that obesity can lead to an overgrown fetus within the first six weeks of pregnancy which can effect the baby in many different ways throughout their lifetime. Researchers first screened pregnant women in the United Kingdom. The found that fetuses with mothers who were diagnosed with gestational diabetes grew much faster between 20 and 28 weeks than fetuses with mothers who did not have diabetes.
Current screening method do not provide any proof of gestational diabetes effecting the fetus since screening is done too late. Therefore, new research is being done in order to provide earlier screening for obese women and gestational diabetes patients. Genetically, this proves that diabetes can be passed down and has effects on the fetus in a negative way. This could lead to negative health effects in the future for the child.
I find this very interesting since is proves that current screening is insufficient in safely providing car for patients who are obese or have diabetes. It is difficult at this time to say what new screenings will be made but it is necessary that advancements are made soon for the safety of mothers and children everywhere. 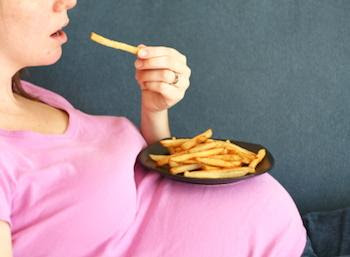