Fathered by the Mailman? It's Mostly an Urban Legend 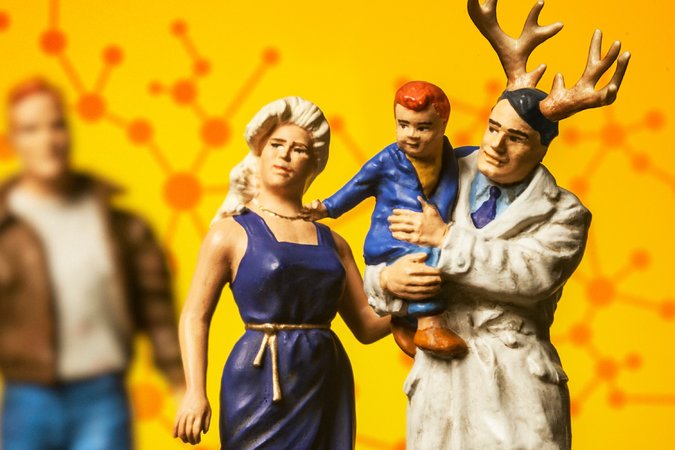 There is a show on television that plays fives times a week called “Paternity Court”. It brings couples onto the show over paternity disputes. Many people find this is a source of entertainment, which however, dates back hundreds of years to Shakespeare’s time where he would write about cuckolds, often depicted wearing horns. Cuckold is defined as the husband to an adulteress. Despite all the cases shown on television and common belief, cuckolded fathers are completely blown out of proportion. Maarten H.D. Larmuseau is a geneticist leading new research on the topic at the University of Leuven in Belgium and believes it is absurd that people believe that mistaken paternity is so common. Up until fairly recently, paternity cases have been very hard to solve. There have been many legal cases pertaining to paternity that have taken place with controversial outcomes. It was discovered in the 1900’s that blood types are a distinct and clear way to determine the father of the parents. It wasn’t until the 1990’s that DNA sequencing was accepted in courts as being precise.

Lab tests began to pile up and surprisingly 10 to 30 percent of the men tested were not the biological fathers of their children. However, the problem with this is that it was not a random sampling. All of the tests came from people who already had reasonable doubt of paternity. Dr. Larmuseau and his colleagues had developed a new study in which they could get an unbiased look on paternity. Fathers pass down a nearly identical Y chromosome to their sons. Dr. Larmuseau went back and sequenced random families and their living ancestors. The result they found is that cuckoldry had a rate of less than 1 percent. Some of the countries that were tested were Spain, Italy, and Germany. There are some tribes in South America that have high cuckoldry rates. These people also have beliefs that more than one man can contribute to a child being born. These small populations are exceptions to the rule.

I have always thought that paternity disputes were a common controversy due to all of the television showing cases. Looking more closely at this topic, I now believe that most of these shows do this strictly for entertainment. Humans surprisingly have low sperm quality where there can be many defects. Half of the sperm can be duds or there can be many defects with the sperm itself such as having two heads. So a lot needs to go right in order to have a child. This would show that cuckoldry is not as common as believed. I do think that paternity tests are effective and should continue to be used in legal cases. I also believe that more research needs to be conducted on this topic to help further prove that cuckoldry is not as common as believed.

http://family.findlaw.com/paternity/paternity-tests-blood-tests-and-dna.html
Posted by Unknown at 6:33 PM