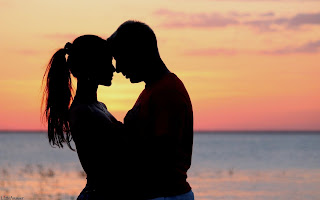 Genetic makeup may now  be able to tell us if a person is still a virgin or not. According to an epidemiologist at Cambridge University by the name of Ken Ong, genes influence that ages of first sexual intercourse and first child birth.” The genes influence by expressing on both personality and physical traits. He concluded this information after analyzing genetic data of hundreds of thousands of people. For decades, scientists have correlated puberty to genetic factors. However, the results of the study found a moderate genetic component for both analyzing the age of both sexual intercourse and first child birth yet, it was not found to be a cause and effect relationship. With the data gathered on about 400,000 people in the U.S, Iceland and the United Kingdom, it was also concluded that several genetic factors were linked to the age of first intercourse, first childbirth, and number of offspring as well as age of puberty. Researchers found a correlation of obese children reaching puberty faster as well. Still, to further explain the genetic factors that influence this, scientists found that there are certain genes that increase the drive of sexual activity in individuals of a certain age group specifically teenagers.


To sum things up a bit, the main findings in this study really came down to finding a huge correspondence between teenage behaviors resulting from a contribution of our genes and the environment that surrounds us. Like Ong stated, this finding can alert many children and parents of teenagers to strive to find safe ways to avoid children starting puberty at young ages. However, other researchers still ponder about other factors that could potentially affect the commencement of puberty. Some of these factors mentioned include one’s diet and lifestyle. This seems to be a matter of nature vs. nurture where biological factors may be in competence with one’s norms.
Posted by Sarah Nicolle Aguirre at 9:57 AM