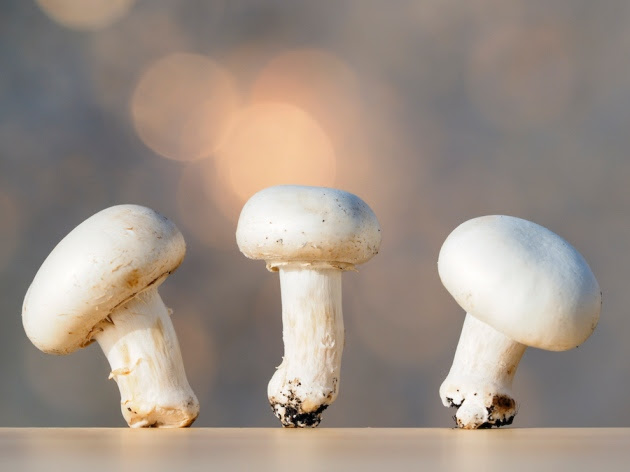 A mushroom, Agaricus bisporus, that has been genetically modified will not be regulated by the US Department of Agriculture. The white mushroom was developed by Yinong Yang, a plant pathologist at Penn State University, who modified the mushroom to resist browning by using the CRISPR-Cas9 gene editing tool. CRIPSR-Cas9 is the simplest way for scientists to cut out parts of the DNA sequence. It is made up of two different molecules called Cas-9, an enzyme that can cut two strands of DNA at a specific location, and a piece of guide RNA that helps the Cas-9 enzyme cut the right part of the genome. Yang used this tool to target the genes that encode for the enzyme that causes browning. He managed to delete a small number of base pairs, which reduced the enzyme's effectiveness by 30%.

This white mushroom does not need USDA regulation as a genetically modified crop because it contains no foreign DNA from bacteria or viruses and poses no threat to any other plants. It's the first CRISPR-Cas9 modified organism to clear USDA regulation. Yang intends on also submitting his findings to the US Food and Drug Administration, which isn't required, but he wants their approval before marketing them.

I think the use of CRISPR-Cas9 is a great way to modify our fruits and veggies since it leaves no foreign traces of DNA behind, it just cuts out certain genes. Usually we hear bad news about GMO's in our food, but so far this one seems harmless and sounds like it could be incredibly beneficial. I know from my own experience that it's really annoying when vegetables go bad before I get to use them, and this could help prevent that by keeping them fresher and reducing the browning.
Posted by Nicole Fandozzi at 6:34 PM