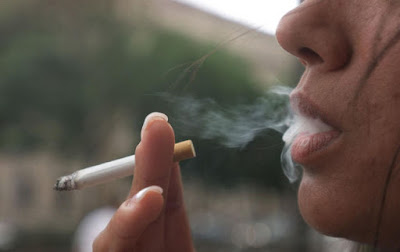 Everyone knows that when they smoke, their chances of cancer increase. It has been found now that cheek cells show could provide early warning signs of cancer. A study was done with 790 women where each one had their cheek swabbed for their cells. It came back that those who did smoke were more likely to have certain changes associated with cancer. The researchers were looking for changes in cells where a system of chemicals and proteins attach to DNA and turn genes on and off. The researchers also found a "signature" of smoking and once finding this then they could differentiate between normal and cancerous cells. These changes are associated with cancer development and are triggered by things such as cigarette smoke. This study will help people by possibly detecting their cancer early or better predict it.
This is such a great discovery. I really think that this will help in such a large way and it'll make detecting cancer a lost easier and faster. I would highly suggest and definitely think that everyone who smokes cigarettes should get this test done because it can have many benefits for them.
Posted by Unknown at 6:14 PM