Ever since 1996, the market for genetically modified crops has steadily increased. But, with the increase in the publics knowledge on the effects of GMO's, in 2015, the acreage of crops used declined 1 percent.

When GMO's first became commercially grown, their numbers in global acreage grew by double digits in each year. But, within the past 3 years the numbers only slowly grew. Eventually in the last year the numbers actually decreased. To increase the numbers again, the report says that China and Africa would have to adopt GMO corn.

To me, there are many pros and cons when it comes to GMO's. A positive thing is that it can provide cheap, easy to grow, pesticide resistant food for developing countries. On the other hand, even though the food survives being heavily treated with pesticides, consuming that food is harmful to our bodies. This decline in global acreage of crops to me, is not surprising. Everyone talks about going organic and pesticide and antibiotic free. This may be the beginning of the end of genetically modified crops. 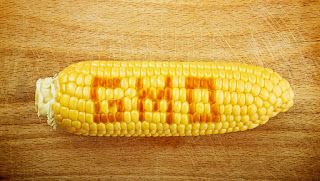