A team of scientists have recently recreated the "Tree of Life" diagram. They extended the amount of organisms primarily under the bacteria branch because they have found such a vast amount in mud of meadow-lands. They pulled pieces of their DNA to be analyzed through a separated that separated each entry to create the new diagram. The new tree has a thinner branch for eukaryotes with archaeabacteria being shown as having a closer relationship between the two. They have selected 3,000 species to be on this new tree with over 1,000 being newly discovered species. However there is speculation that some of these species could be chimera which would have a mixture of DNA from more than one organism. There is also the debate of whether the bacteria branch has begun to plateau or if there is an astoundingly larger amount out to still be discovered.

Aesthetically, the tree looks a lot more interesting than what Darwin's original "Tree of Life" from his 1859 book "On the Origin of Species". There is so much more to the new diagram, and it gives a better idea of how vast the amount of bacteria there are especially in comparison to eukaryotes such as mammals. I believe that there are more bacteria to be discovered that will only belittle the amount currently depicted. With the advancement of technology discovering new species should be simple. I do find it peculiar how archaeabacteria is actually more closely related to eukaryotes as opposed to bacteria. Archaeabacteria seem like very simple organisms that do not have the same complexity of eukaryotes. 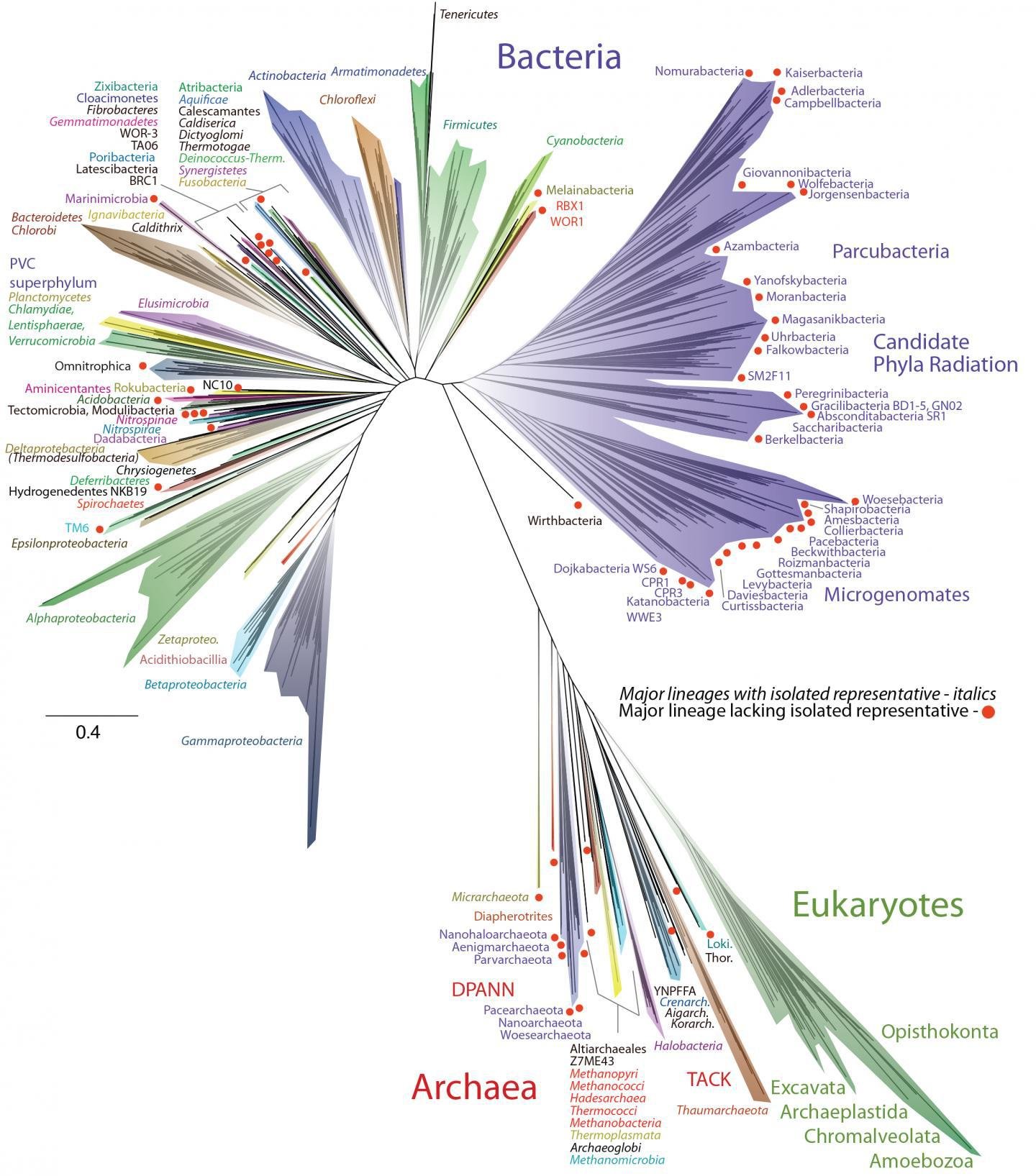