The Genes of Craft Beer:Creating the First Genetic Family Tree for Brewing Yeasts 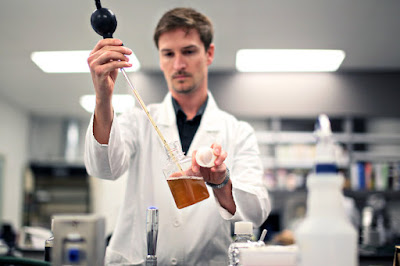 For those of us over the age of 21, drinking craft beers is a fun way to spend a Friday night whilst trying a wide variety of flavor profiles.  Craft beers have become increasingly popular and with a palatable treasure-trove of flavors from bold and spicy to fruity and crisp, it seems the flavor combinations are endless.  How do the brewers create such an array of flavors? Well, after thousands of years of domestication, brewing yeasts are extremely diverse.  These microorganisms ferment the mixture of grain, hops, and water into beer.
Two research teams from White Labs and a Belgian genetics laboratory are creating the first genetic family tree for brewing yeasts.  An avid brewer and microbiologist from White Labs, Troels Prahl, was interviewed about the project to compare genetic data from yeasts with brewing data from more than 2,000 batches of beer for The New York Times. The laboratories have sequenced the DNA of more than 240 strains of brewing yeasts.  This information will be used to compare how closely yeasts are related, how the yeasts evolved over time, and how it translates to taste. The founder of White Labs, Chris White said, "Yeasts make over 500 flavor and aroma compounds." However, even though brewing yeast is one of the most studied organisms in cell biology, "how the genes translate to brewing properties is still poorly understood."
Researchers at the Belgian lab, which was a joint venture of the Flanders Institute for Biotechnology and the University of Leuven, Belgium, have plans to use this information to select for different properties in the variety of yeasts and breed them to create new strains.  Dr. Verstrepen said, "In a few years we might be drinking beers that are far different and more interesting than those that currently exist."
Craft brewers currently have limited options for creating new yeast strains.  If the breeding strains are combined it usually results in a brew that is unusable.  This occurs because the yeasts are highly specialized and although they serve the same purpose they have too much genetic variation to be bred together without genetic modification.  Currently there are hundreds of genetically modified varieties of yeasts but because of the negative stigma surrounding GMO's most brewers will not use them. 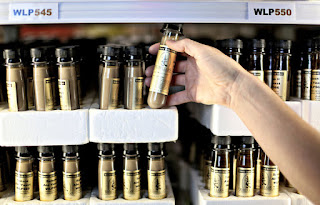 The data from the genomic project may allow researchers to breed new yeasts without having to genetically modify the organisms by utilizing computers and robotics because the genes that the brewer wants can be selected for by knowing what genes to track.  This could allow a researcher to mate two different yeast strains thousands of times until the desired combination of genetic characteristics is reached by chance.  Microbiologist Chris E. Baugh, who is not involved in the project states,“So let’s say there’s a yeast that produces an amazing fruity aroma in beer, but can’t ferment past 3 percent alcohol," this technique, "could then breed it with a more alcohol-tolerant strain.”

The creation of craft beers has been an art and a science for thousands of years.  It's exciting that the scientific community is taking a greater interest in this field.  This industry is becoming a booming business financially and I think its time for the scientific community to profit from the success.  I can only imagine how this project will contribute to the wide array of flavors in the future.  I know I am excited to try the multitude of brews possible!
Posted by Unknown at 2:23 PM