Bed Bugs on the Subway? 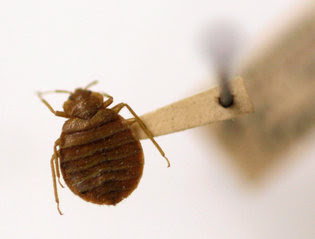 In a new study published in Nature Communications, scientists have successfully mapped the genome of bed bugs throughout New York City and traced fragments of their DNA through the subway system. Interestingly enough, scientists found that genetic traces of these insects in northern Manhattan are rather closely related to those of southern Manhattan, while there are bigger variations amongst bed bugs in the Upper West and East side. Christopher Mason, a geneticist said the reason for this could be found by looking at the subway map, where trains run north to south and not entirely east to west. To learn about how the bedbug has evolved and spread, the New York team took DNA sample swabs from 1,400 city locations including subway cars, turnstiles, ticket vending kiosks, and aboveground sites such as parks. Ultimately, Dr. Armato an evolutionary biologist who collaborated with Dr. Mason explained there were various ways the bed bug’s DNA could wind up on the subway such as clinging on to the clothes of the six million daily riders or simply being washed down into the station.

This article was interesting because of fact there was great diversity amongst bedbugs in New York City and that the reason behind this could be because they also ride the subway with us. Although not entirely surprising, it brings up a valid reason to watch your back next time you ride the subway.
Posted by Carlos.Gonzalez at 7:09 PM