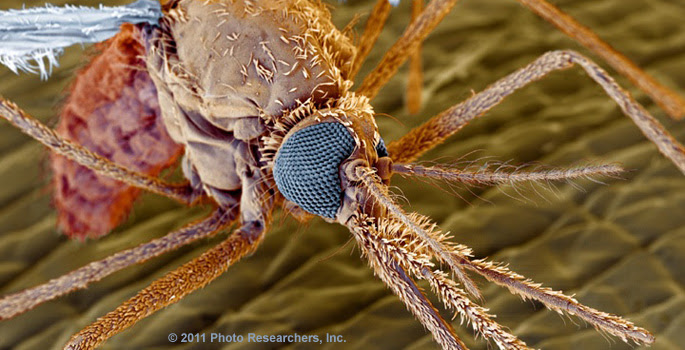 Imagine a world without mosquitos? Imagine, going outside when its warm out and not having to worry about putting on bug repellent, or being itchy because some jerk mosquito wanted to have just a little taste?  That's the dream, That is where I want to live.  Call it fantasy or whatever, but according to the NYtimes, there is a biotech company, Oxitech, who are genetically engineering mosquitos to kill themselves off.

Oxitech has begun to alter the genes of mosquitos, specifically Aedes aegypti's, so that their offspring dies before it reaches adulthood.  Since April of 2015, this modified mosquito has been released in a neighborhood in Brazil, with the population being around 5000, to test this theory.  The results were significant, where by the end of 2015, Oxitech observed a 82% decrease in mosquito larvae.

Although, this process still requires some more research and testing,  this is a great step forward in eradicating the worlds deadliest animal.
Posted by Unknown at 10:26 AM