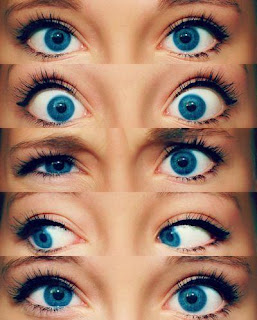 “New research shows that people with blue eyes have a single, common ancestor. A team at the University of Copenhagen have tracked down a genetic mutation which took place 6-10,000 years ago and is the cause of the eye color of all blue-eyed humans alive on the planet today.”

Researchers have found that originally we all had brown eyes. It was a genetic mutation affecting the OCA2 gene in our chromosomes that resulted in the creation of a “switch” that turned off the ability to produce brown eyes. The OCA2 gene codes for a protein which is involved in melanin production, the pigment that gives color to hair, eyes, and skin. The “switch” is located adjacent to the OCA2 gene and it limits the production of melanin. By this happening, brown eyes are essentially diluted to blue. It is believed that everyone with blue eyes has a common ancestor and that is how they all inherited the same switch at exactly the same spot in their DNA.