Bone Density, Its not just from Milk: 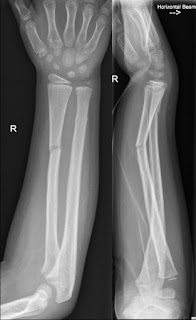 Bone density refers to the amount of minerals in the bones. There are many disorders in which the bones are lacking minerals, an example being osteoporosis. In osteoporosis, the victims bones become frail and easily broken. There is a gene called the LPR5 gene that helps in the development of tissue, including bone. When the gene malfunctions, or is mutated in a way that causes a loss of function, the bone density of the victim can be drastically decreased, causing disorders like osteoporosis. A Study was done to compare the bone density of individuals with the LPR5 mutation vs the bone density of people without the mutation. The study was performed via genetic analysis, and the results showed that there was a connection between the mutation and chromosome 11q12-13. However, if someone has the reverse mutation where the LPR5 gene gains extra function, the study also revealed that there was an increase in bone density; in particularly around the mandible and lumbar bones of the individual (Lynn et al 2002).
This is tragic for those who happen to have this mutation because it can be so limiting; for example with physical activity, the victim would never be able to play and contact sports because of how frail they are. On the other hand, for individuals with the increase in function mutation, they benefit due to the decrease of chance that their bones will get broken since their bones are more dense. If someone where able to isolate the increase in function mutation, and genetically engineer it, they could create a sort of medicine for those who have the lack of function mutation.
Both mutations are determined by the Wnt pathway, which are a group of pathways that send messages from outside of the cell to the surface of the cell.