Remember to thank microorganisms for your beer 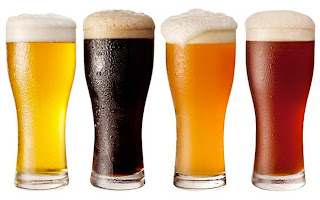 “About 500 years ago, the accidental natural hybridization of Saccharomyces cerevisiae, the yeast responsible for things like ale, wine and bread, and a distant yeast cousin gave rise to lager beer.”

Cold-brewed lager is the world’s most consumed alcoholic beverage which fuels an industry with annual sales of more than $250 billion. The initial lagers depended on the cross of Saccharomyces species which is as evolutionarily diverse as humans and chickens. The results, an interspecies yeast hybrid that yields high economic value. Thanks to new methods of making interspecies in the lab, the producers of beer, wine, and biofuels which are dependent on yeast may soon have many more strains of the microorganism to work with. The new methods achieve hybrids at rates of one in a thousand cells which is much more efficient than nature.

There are hundreds of known species of yeasts worldwide. They are essential to the process of fermentation. Yeasts are also used for cider, whiskey, cheese, yogurt, soy sauce and an array of other fermented foods and beverages. In the industry, yeasts are used to produce biofuels and to make enzymes, flavors and pigments and even drugs such as human insulin.

Having new hybrids means new experimentation and new products. For example, the happy marriage of Saccharomyces cerevisiae and its distant cousin Saccharomyces eubayanus, a species that inhabits tree galls in nature, permitted the cold-temperature fermentation that made lager beer possible. The new method uses plasmids circles of DNA that can be built into an organism to confer a genetic quality. In the lab, plasmids are routinely used to manipulate genes in cells. Genes in the plasmids facilitate yeast hybridization by expressing a naturally occurring yeast protein that allows two distinct species of yeasts to mate.