Researches at the University of Texas at Austin have discovered another influence of natural selection out in the wild. The study compared the brains of monogamous and non-monogamous prairie voles to understand any genetic variation that might influence their social behaviors. The results were surprising.

Prairie voles are Midwestern rodents known to be faithful to one mate. A male and female raise their offspring and generally stay together for a lifetime. However, few males make time for other females. 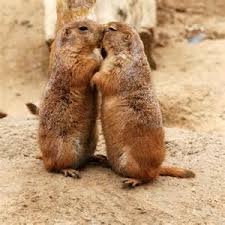 Researchers have identified a difference in DNA that causes prairie voles to be monogamous and others non-monogamous. The trait is compared to what makes humans introverted or extroverted. These differences in DNA either turn on or turn off specific brain regions involved with spatial memory, allowing rodents to remember and stay at the nest with the female or to wander off. Both variations of DNA exist in nature, and one is not biologically preferred over the other, though these are different social behaviors. Nature favors both variations, and diversity is key.

Prairie voles are very unique rodents. If their social behavior relating to monogamy can be explained genetically, I wander what other social behaviors can be classified as genetic.