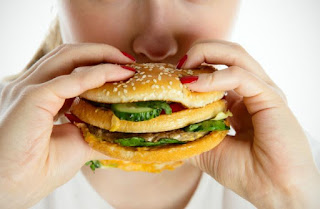 A new genetic study from a team of researchers at Imperial College London in the United Kingdom has identified two genetic variants, which exist near the FTO and DRD2 genes, as potential influences on whether a person prefers high-calorie or low-calorie foods.  The FTO gene has been proven to be associated with obesity and the DRD2 gene plays a role in dopamine regulation in the brain, which affects our sense of reward and craving in our bodies. With obesity being such a huge problem in the United States, as more than a third of the adults in the U.S. being obese, Dr. Tony Goldstone and his colleagues set out to determine whether these genetic variants could be the reason why so many people find it hard to stick to a healthy diet.

The team performed DNA genotyping on 45 white European adults, with ages ranging from 19 to 55 and of body mass index's ranging from 19.1 to 53.1 kg/m^2, to determine the presence of variants near the FTO and DRD2 genes. The subjects were then asked to view pictures of high-calorie and low-calorie foods and rate how appealing they found the food, while researchers used functional magnetic resonance imaging to analyze their brain activity.

From the study, researchers found that participants who possessed a variant near the FTO gene and who rated the high-calorie food as the most appealing showed greater activity in the orbitofrontal cortex and striatum of the brain. These findings suggest that individuals with the FTO gene variant have a great risk of obesity as it influences dopamine signals to trigger a sense of reward and craving when in the presence of unhealthy, high-calorie, food. This causes the person with the gene to experience more cravings than the average person when in the presence of food that is high in fat and/or sugar.

From the results of the experiment, the team of researchers believe those who have the FTO and DRD2 gene variants may need more personalized treatments for obesity, such as using gut hormones to target dopamine cells in the brain and alter the hormone's effect on the craving for high-calorie foods.

I, personally, find this article fascinating. It's interesting to believe that something such as our desire to eat unhealthy foods can be influenced by our genes and genetic variants. It really speaks to how much our genes influence us, not only in appearance, but in behavior. The study definitely allows us to better understand the biology and genetics behind our behaviors, especially the ones that predispose some of us to crave and overeat high-calorie foods. I think it also goes a long way in helping to potentially solve the obesity problem in the U.S.