Plants Rejecting Their Own Pollen

A study done by scientists at the University of Birmingham found that it is possible to genetically modify a plant in order to prevent self-pollination. By preventing self-pollination, the new plants will become more stronger and resilient, provide better yields for plant breeders at a lower cost, and have healthier offspring, since self-pollination causes inbreeding and offspring of which are weaker since the gene pool will shrink. 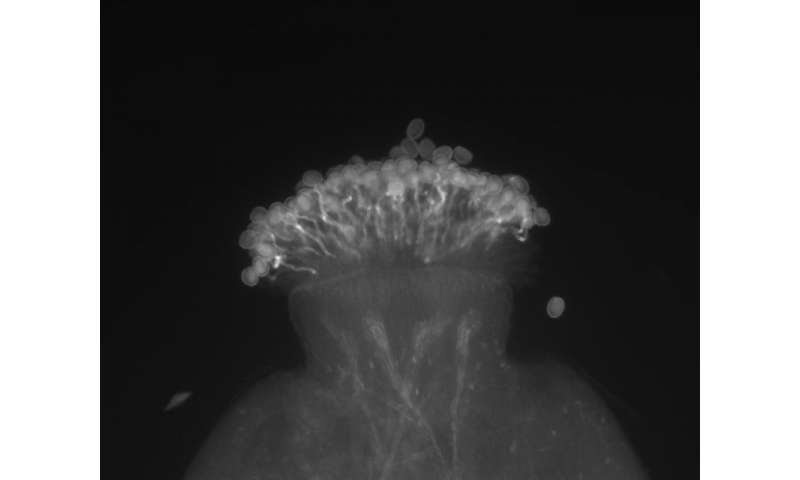 Two genes were transferred from a poppy plant to thale cress, a self-fertile plant, which resulted in the thale cress rejecting its own pollen but also allowing for cross-pollination. Not only does it reject its own pollen, but pollen of close relatives as well.

The research team had done many studies previously before this one, where one included them demonstrating that the thale cress plants which co-expressed for both the pollen and stigma SI genes resulted in them completely rejecting self-pollination.The lead author of the study, Professor Noni-Franklin-Tong from the University's School of Biosciences, said that by putting these two genes together, another signaling pathway and outcomes can be found. More information regarding this study can be found here

This study will help plant breeders with their crops in the future in order for them to breed better and more effective plants at a lower cost. Although this study does not have a huge impact on us humans on a day to day basis, for plant breeders this is a huge step in the right direction. It is interesting to me what plants are capable of doing and what we can change about them to have them do something else.

Posted by Elise Eldracher at 7:07 PM