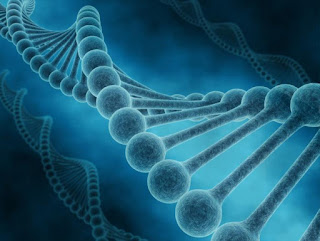 Researchers from KU Leuven in Belgium conducted the study on mice with cystic fibrosis to see if improved gene therapy gave promising results fighting the disease. Cystic fibrosis is a genetic disease which attacks the lungs and digestive system causing them to become clogged with think mucus, making it very hard to breathe. Those who have this disease will most likely have a constant cough, recurring chest and lung infections and weight gain. There is no cure but pain and symptom management. Those with the disease have faulty channels which chloride and water ions flow out of which is caused from the gene called CFTR. There was a drug put on the market a few years ago to repair damaged ion channels but it only worked for some individuals.

During their clinical trials the team replaced faulty CFTR genes with healthy versions. This seemed to be well tolerated by the patients but none has "led to a clear and persistent clinical benefit." The new gene therapy the researchers used is called "recombinant adeno-associated virus-(rAAV)" gene therapy. It employs a relatively innocent AAV virus to insert a healthy copy of CFTR into cells. This new gene therapy showed positive results in the mice and cultures of gut cells from patients with cystic fibrosis. Prof. Debyser explains, "We administered the rAAV to the mice via their airways. Most of the cystic fibrosis mice recovered. In the patient-derived cell cultures, chloride and fluid transport were restored." They concluded their study by saying they still have much more work to do before actually administering gene therapy on these patients and they need to examine other questions such as; Will repeat doses be required?; and How long will the therapy work for?

I found this article very interesting since is it research leading to a cure for a disease. This disease affects thousands of people and it typically starts in childhood. Children should not have to deal with symptoms such as not being able to breathe properly. If this research continues in the right path, a cure is sure to come. I also think it is interesting how they were able to perform the gene therapy on culture of human gut cells. It is confusing to think that they can run the study on our gut cells but they still cannot do the gene therapy on that person directly. Below is link to another website speaking on the topic.

http://www.theguardian.com/science/2015/jul/03/gene-therapy-cystic-fibrosis-2020-scientists
Posted by Unknown at 3:39 PM